The Village of Castlemartyr is situated about 20 miles from the City of Cork. The choir was founded in 1987 as an independent community based choir, and performs at many events in the local community and throughout the wider East Cork area. The choir also presents its own concerts, and the annual 'Carols by Candlelight' draws large audiences.

As the choir became established it took on a broader role and has performed with some success at competitive festivals at home and abroad for many years.

Castlemartyr Choir is well known in the Cork area for its contribution to many local concert programmes and for occasionally mounting larger-scale performances in collaboration with other Cork choirs.

Members of Castlemartyr Choir perform on alernate Sundays from September to June in the local St. Joseph's Church. 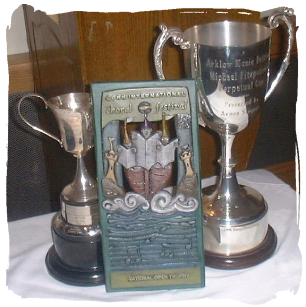 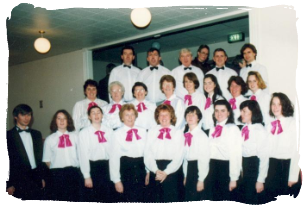 There are in the region of 30 members in the choir drawn mostly from the local village community. The choir director Tomás Ó Tuama also lives in Castlemartyr.

The members are an enthusiastic and hard-working group of people who also enjoy the social aspects of choral singing. (You can read more about the choir here)